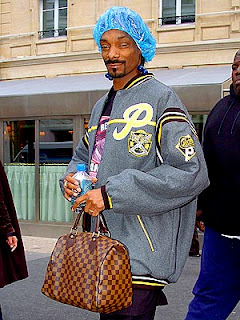 For those of you who are heading down here for Gulf Coast 70.3 in May - get excited! The same day/night SNOOP DOG will be preforming at Club LaVela! And - in case you didn't know - that is about a 5 min walk (if that) from the Boardwalk Resort where Gulf Coast is held! whoop whoop! Snoop doggie dogggg....yeah!! Now that is going to be a fun day! And I really hope he wears a sweet outfit like that!

Here are some random pictures from this weekends ride/run brick. Kim, Jeff, and I did a ride/run and then their kids met up with us alittle later. The ride was pretty awesome but I did get a pretty sweet flat. And thanks to Jeff (Little Chloe's Dad) saved the day by fixing it. I'm pretty sure I ran over razor blades on Front Beach road (thanks spring breakers!!) But with Jeff just going though a tire changing class - and myself never having one - we where a pretty sweet pair. Close to the blind leading the blind - but it really only took about 20 min! whoohoo! 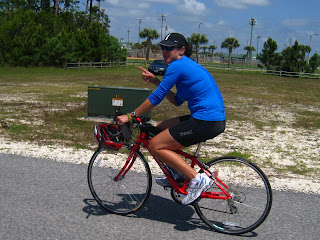 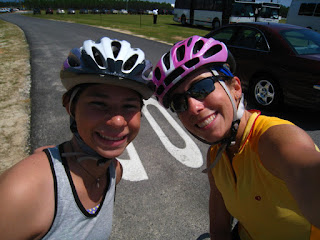 Me and "Little Chloe" 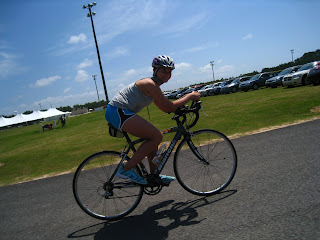 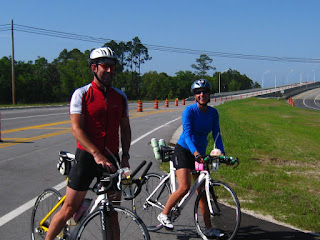 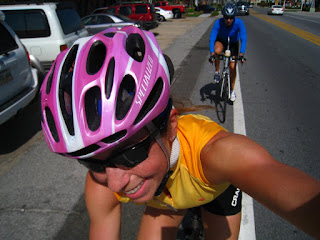 I know I've been behind on reading every one's blogs - but work has been beating me down pretty freaking hard. And then training on top of that has been keeping me sane - but wearing me out. Poor Jason had to deal with one of my mental pity party/crying break downs the other night. Sometimes everything gets caught up to me at once - and then I start getting really stressed out. And the next thing I know, I need a freaking box of tissue and someone to give me a hug and says everything will be fine. Which it will be :) But hey - it happens!!

So I'll get caught up soon! I promise...but until then...Snoop Doggie Dog...(in a sing song voice - you know the song!!)
Posted by Chloe

Dooooooog. I love that Snoop will be playing and you'll get to see him!

Hang in there....I just had the same kind of week and it will get better.

Loved the pics from your ride. And, better to get a flat on a training ride then a race (I should know).

O.M.G. I want to do that race. So jealous! Bring your green hat.

Ahhh, Snoop! "Doggie Style" is one of my all time favorite albums-oh the good ol' days...

Also, I think we all get to our breaking points with stress/trying to balance it all and that it is a good thing because it releases so much of that built up tension. And everybody handles it differently. For instance, I don't ever cry or have an emotional breakdown, I just get sick. Like every two weeks. Hmmmm I don't know which is worse...Hang in there!!!

Hang in, girl. I know I've had my share of breaking points...and sometimes even though you know training helps, it feels like one...
more...
thing!
You'll gain some balance, no doubt.

Snoop is a freakin' fashion icon!

Snoop is the man... saw him go through security at LAX in front of me about 6 months ago.... he had to take off about 10lbs of gold and diamonds - pretty hilarious. And he still beeped going through...

I wish I was doing that race now. I may have to come down anyway.

I can NOT believe this is going to be the first time I've missed GCT in years!!! I may just have to figure out a way to get there. HOLY crap, Snoop Dog!? I'd so be there in my purple wig and bathing suit. Hells yes. DAYUM, I'm bummed! Really.

I had one of those breakdowns last week, I don't have a boyfriend to take it out on so one of my innocent bystander friends got an earful instead, oops...I feel ya! It will get better...grab a bottle of wine and turn off your alarm clock, it works wonders!

You need to come up to Chattanooga next week for the 3 State 3 Mountain ride...!

Chloe, Great ride pictures. As for the stress out/tear fest: thankfully, you've got someone willing to be there for you in Jason. Keep in mind the Police lyric: "When the world is running down, you make the best of what's still around." The workouts and that occasional bottle of wine help too.

Oh I bet Snoop Dog mixes well with all those OCD triathletes the night before a race :) haha! HAve fun!

the 305 is the red one, and this new one is just like it but WATERPROOF :)
and spanky orange....orange is a fast colour too:)

I always think of Snoop Dog when I think of Triathletes. hee hee

I want a picture with you and Snoop, and I want to see you wearing a shower cap. Can we arrange for that?