Just one of those kind of days...

when you are off work and your mom is in town.  'Staycations' are the best.    Sometimes I really have to pinch myself! 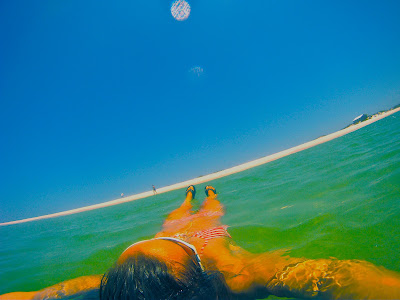 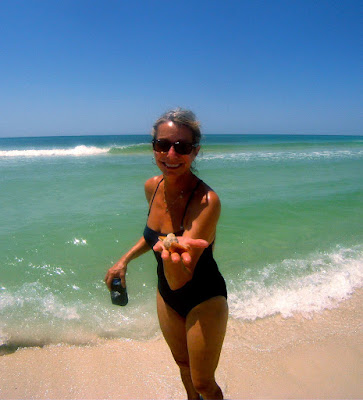 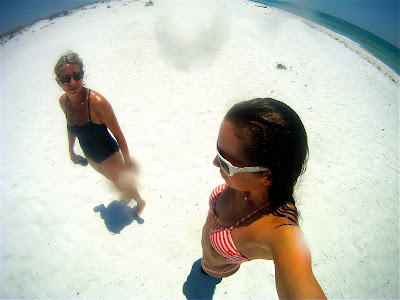 Good luck to everyone racing this weekend!!!
Posted by Chloe 4 comments:

Gulf Coast is a 70.3 in my backyard.  Literally.  It's 1/2 of the Ironman course and is known for being hot.  Not just 'warm' - but OMG my feet are going to melt to the pavement hot.  This is also the first triathlon I ever did five years ago and every year I tell myself I'm not going to do it - but I always do.  :)

So I was traveling for work the entire week and I did not even look at the weather for race day.  I was in central florida (where it is always hot) so I just saw being outside as fantastic race prep.  But Friday night - the weather forecast was overcast and rain mid-day.  PERFECT.  This is going to be a fantastic race.

Saturday morning - I did my normal race prep.  Woke up at four - ate some oatmeal and coffee - hit the bathroom and then out the door.  It was kind of weird getting my transitions set up - the princess and Babs (Bad Ass Bike Sucka) are always right next to each other.  But Carla is temporally out of racing commission and Babs has been gathering dust the past few months: 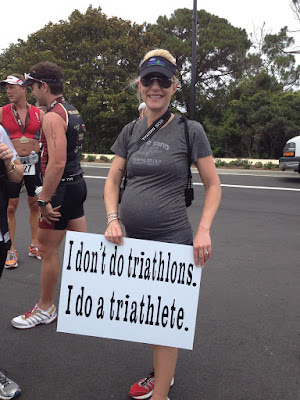 (if you ever need ideas for fun race signs - we have plenty!)

I love this race because females 30-34 are typically one of the first waves in the water.  The gulf has been very warm the past few weeks - so I opted to race in my super awesome Blueseventy PZ3TX swimskin.  I was very happy with my decision and the water felt fantastic.  But the gulf itself was another story.  The past few weeks it's been flat like a pancake - but yesterday it was like a washing machine.  A washing machine full of millions of little fish/bait balls that I'm glad I did not swallow.  It was uber gross, but as long as jelly fish are not around, I'm ok with anything. Needless to say, it was a very challenging swim.  Bouy spotting was difficult due to the swells - but I just charged forward.  My goal was for a 32ish swim - but came out with a 39:46.  Pulled a 4th out of my age group - so everyone had a fun swim. 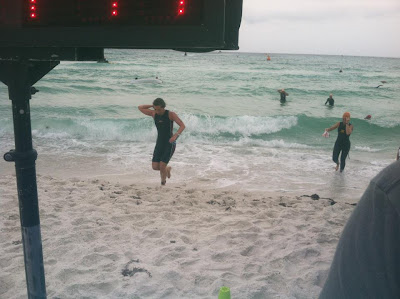 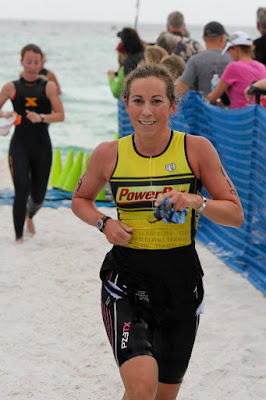 I knew the bike was going to be awesome.  I ride the course on a weekly basis and knew exactly what was ahead of me.  My tummy was a bit off due to the wishing machine swim - but I just sipped on my water and ate my Powerbar Energy Blasts   The weather was still overcast and I was feeling great.  Until the last six miles of the bike when we hop into Front Beach Road heading directly east.  My average bike was 21.4 MPH until those last six miles.  There was a storm pushing in and we had direct head winds at about 30mph.  And stinging rain.  And you can't forget the 20+ story condos which make pretty awesome wind tunnels.  I have never been so scared of being blown off of my bike into traffic.  I'm all about following the rules, but I was desperate for a big man to draft behind.  Or a truck.  Anything! 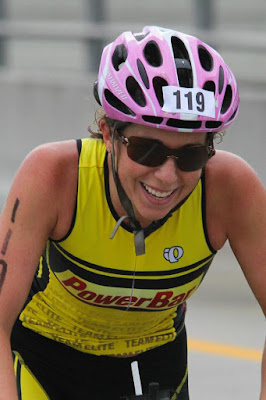 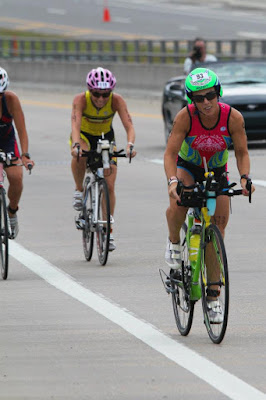 I have never been in so much pain transitioning from my bike to the run.  Ever.  I typically feel awesome and ready to hull ass.  But the lactic acid built up in my legs those last miles where killing me. 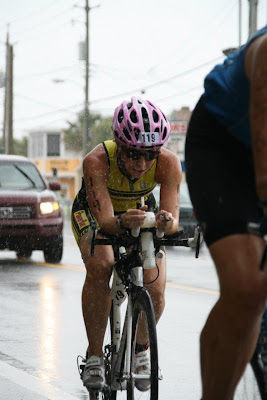 The run was like a death march for everyone.  All I wanted to do was finish.  My legs hurt so bad.  No joke, this run hurt worse then IMFL.  The run is a loop (east to west).  So the first six miles of the run we where running directly into the wind.  Again.  The mental battle was pretty tough but thankfully a friend from Tallahassee was right there with me and we chatted and kept each other going.  She has a huge year which includes IMFL and IM New York - so it was great to hear about her training.  It was a relief to make the turn and have a tailwind.  I took full advantage and ended up with a negative split at the end.  Chicking a bunch of guys I made my way in.  Besides me wanting to hitchhike my way back to the finish - the run was pretty uneventful.
Run total:  2:17 - OMG.  Worst run ever. 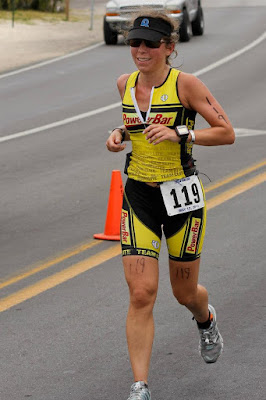 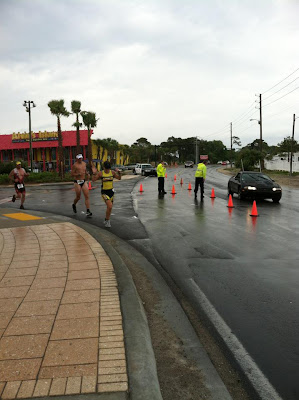 Please notice the sweet guy behind me in the speedo.  Love it. 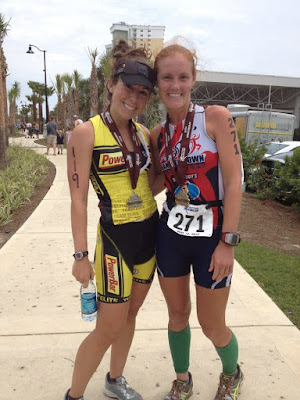 Cari and I after - in route to the massage tent. 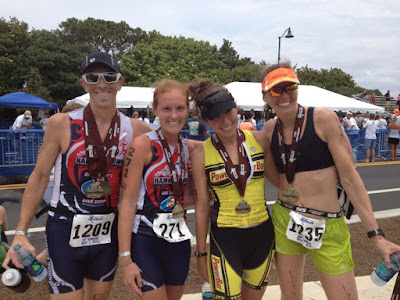 But everyone had a challenging race since I somehow placed 10 in my age group :) 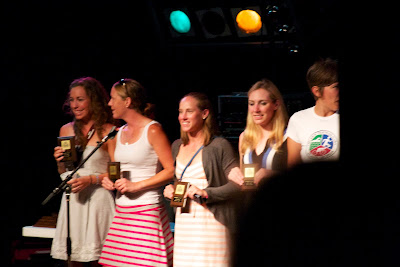 Local races are the best - and it's so awesome to see and cheer on everyone racing.  And you can't forget all of the spectators!  We have such an awesome group of triathletes here in Panama City Beach! I love it when the guy running next to me said "wow - you are pretty popular"  - nope, I just have a bunch of great friends!!  :)

So for the first part of my season I placed 1st, 1st, and 10th.  Hmm.  Lets see what the rest of the season will be like!

Now - I'm going to finish my 2nd margarita and drink away my pains from yesterday!

I dare someone to steal the stinkiest bike shoes ever. Double dog dare. 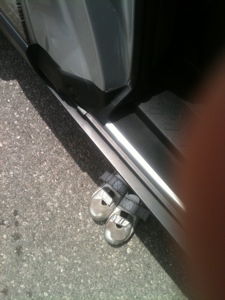