I have found the secret

the secret to having a killer off season!  Holy cow p90x is awesome to build strength.  I have not swam in probably a month but have been doing p90x about 5 times a week.  Yesterday, I jumped in the pool with bad ass Sarah and felt awesome!  I'm not going to lie, I have been nervous about starting training for IMTX (in two weeks!) because I have not been on the princess or have ran further then seven miles in two months.  But I really think these crazy ass workouts I've been doing will benefit me once I do start IM training.  So if you are looking for something different - seriously check it out.

Here are some photos from tonight's plyo workout: 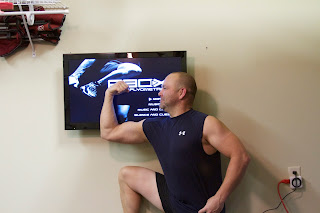 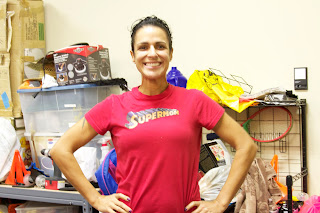 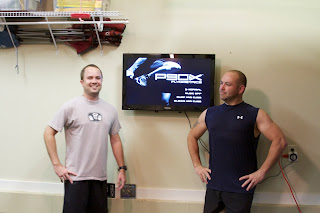 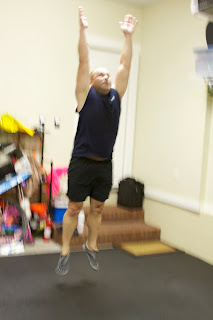 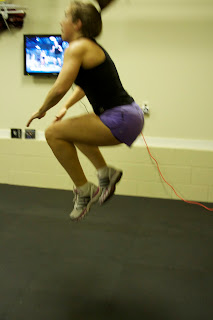 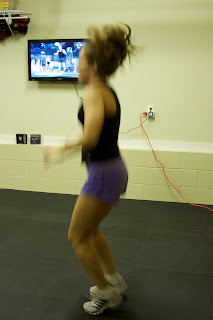 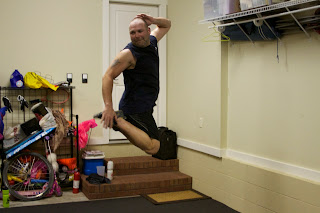 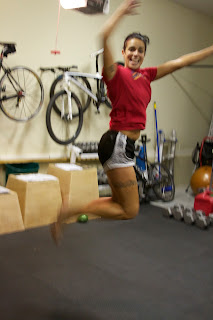 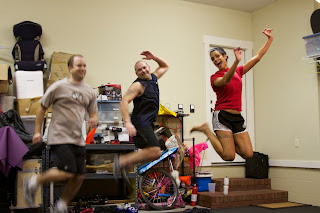 And it also helps to have some awesome training partners!

I know I've been talking about P90X quite a bit - but it's pretty much the only training I have been doing for the past month or so.  Don't worry - I'll have fun and exciting swimbikerun goodness (and more frequent posts) here soon!

I hope everyone is having a great week!

I had dinner on Monday night with some amazing women.  So amazing that I actually sat back (while drinking a fab glass of wine) and had to smile.  Smile because I'm lucky enough to know these kick ass ladies.  And that smile is still on my face.  Across from me - I had Kellie.  Kellie is a fellow GOTRIbal ambassador and also training for a little race called EPIC MAN in Hawaii.  Don't know what Epic Man is?  It's like of like an Ironman on crack.  7.2 mile swim / 336 mile bike and a 78.6 freaking mile run.  Holy crap.  And then next to her I had Libby.  Libby not only killed Kona last year and rocked Ironman St. George while training in Florida (remember, Florida = not to many hills) but she also took a HUGE milestone leap in her job.  And then next to me was Doris.  Doris launched a sweet new worldwide website on Monday which she designed- and also took a position that is going to move her California.  I really don't think a table could get any more awesomer.

I feel blessed to even get to enjoy a great meal with these awesome ladies.

Anyway - on with my random crazy week.  I've been traveling for work (hence my killer kick ass girls Jacksonville dinner) But I took advantage of the free gym membership with my hotel.  So far I'm winning the treadmill fight - but I just cannot bring myself to run over five miles in place. But I'm loving the free weights - and I can totally tell a difference in my strength and the definition of my muscles since starting P90X!  But there are still random boys lifting the really really heavy weights - like three times.  Still can't figure that out.

I hope everyone had a killer week!  And CHEERS to the freaking weekend!

I really do.  Specially now since it's off season - it's nice to do 'fun runs' instead of 'planned' runs. Yesterday we decided to do the Watercolor loop which is a nice 5ish mile run that is partly on trails and partly on the road.

We ran into someones water stop - I just thought it was funny and I needed to take a photo.  At least we hide our mid-run goodies in a bush! 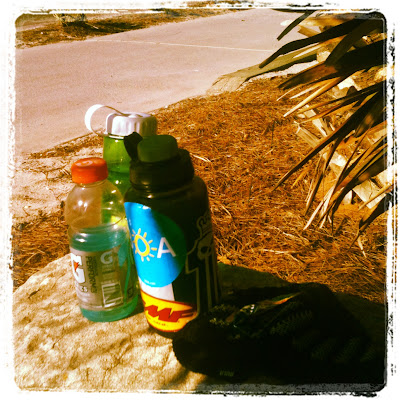 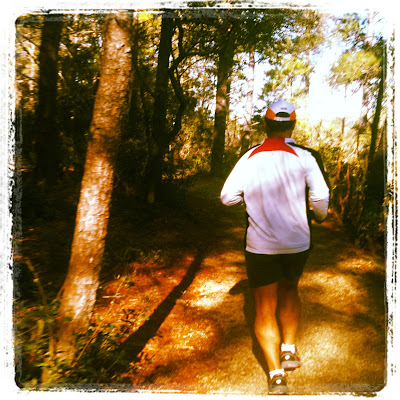 Carla and Ron running in between the Seaside houses 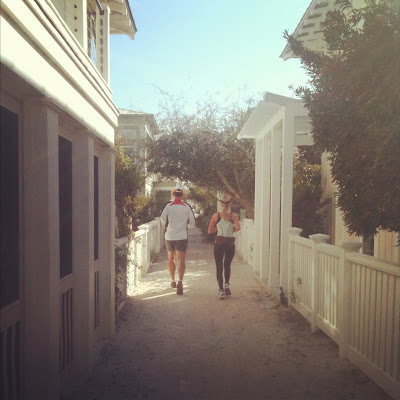 After we completed the awesome scenic run - we decided to hit up the farmers market in Seaside - which happened to be right where we parked - conscience? 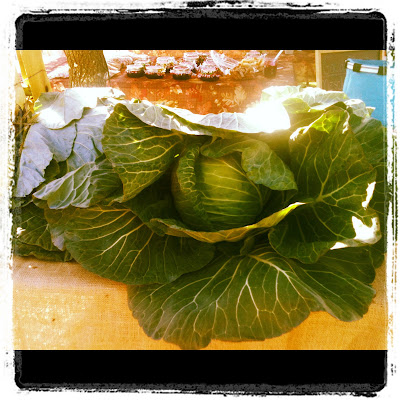 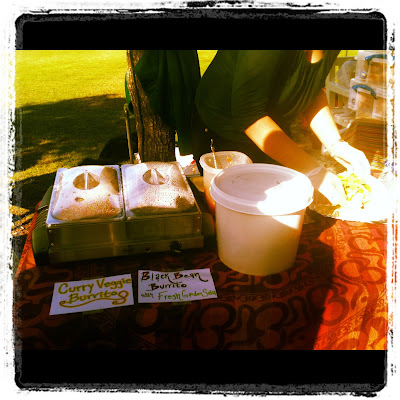 And enjoyed the view 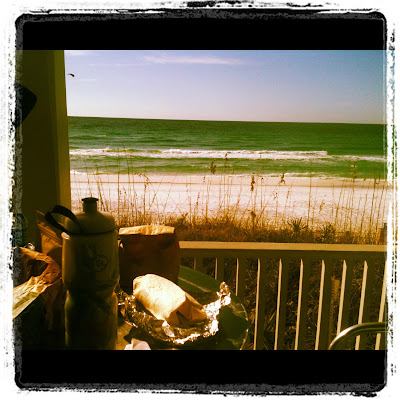 Not a bad Saturday right?

So Jason and I just finished up watching Forks over Knifes.  I've been wanting to see this for awhile - and I can finally view it instantly on my Netflix.   Have you seen it or heard about it?  If not - hop into your Netflix and check it out.  It's well worth your time.  There are going to be several minor adjustments to my diet after seeing this show.

Also - P90X is still kicking my ass.  In a good way.  I'll be traveling all next week for work - so we'll have to see how I do on my workouts in a hotel room :)