Kelly: "Hey Chloe, want to go on an 8 mile trail run Saturday morning and then have coffee?"

Old Chloe: "Sound good! See you there!"
New Chloe: "Let me check my schedule, I have to bike on Saturday"

I don't know about you guys, but the people I train with - I also thoroughly enjoy their company. We have a great time training on weekends, and then going for coffee after. Maybe a jump in the gulf if it's hot or go for a bloody mary if we're really feeling good.

Anyway, with this new thing that I have...called a coach...I don't have that freedom to randomly do whatever. It's ok, it is just a change I have to get used to!

I'm currently having Olympic withdrawals. Yesterday at 7pm - I automatically turned to NBC to watch some more curling. Yes, I got hooked on that game. It reminds me of a game that if I played - I would get better with every glass of wine consumed. So cheers to curling. I will find a team to join in the Panama City Beach area. But not until after lent.

On that note - oh I miss my wine. Big time. Thankfully there is none in the house, or else I would be in trouble. It's been two weeks - if I can make it this far, I can make it until easter. But easter no doubt will be a wine and beach day. (Yes, I'm already planning)

In honor of the Olympics, I would like to give a shout out to two of my fave athletes:

First - Julia "save the drama for your mamma" Mancuso. I think she is awesome and an amazing skier. She was labeled 'the under dog' compared to a certain someone on her team - but totally rocked out in her tiera. 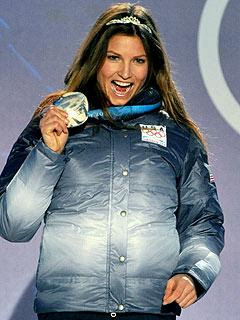 Second - Bode Miller. Just because he's awesome. And made a killer come back. Oh yeah, and he's hot. 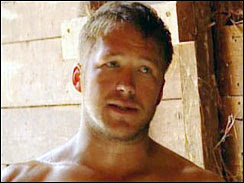 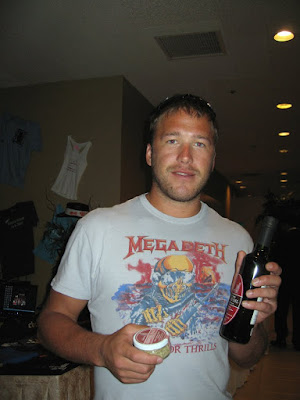 Hope everyone is having a great week - and if anyone is interested in starting a curling team, let me know. I'm in....after lent. :)
Posted by Chloe

Getting serious about the IMFL training plan? Only 8 months left...

Good luck with the more structured training. I say if you start feeling too confined or a little burnt out then do whatever you want for that day even if it isn't on the schedule. Even if you don't use that tool, it helps to know you have the option.

How did I miss that you gave up wine for lent? You and Kristen both (well, her not for lent but still). Well, and I guess I did too.....but for a little longer. LOL.

I agree with Jen and wish I would have done more of that. You'll get used to it and you have a great attitude.

Cheers to Easter! Oh, and I'd be on the curling team!

in 2006, After a couple of weeks of trying to train with partners, I finally decided that doing my own thing was the way to go.

With the volume of training in a Ironman program, I couldn't wait in a parking lot for half an hour until someone showed up late because they had to take their dog for a tinkle.

BTW, The brier starts Saturday. Since you are now a curling fan, you automatically know what that is right! Another week of hits and come arounds. Check it out on the Canadian Sports Network if you can.

I understand where you are coming from on the more structured training. It took me awhile to get used to having a coach but so far it has been glorious. Of course, that was once I got used to not being in charge!

OK, so I ended up giving up cheese for Lent. Almost as tough as giving up wine. And I know I'm gonna sound like a dirty old woman, but I think that Sidney Crosby is absolutely adorable!!!!! Oh to be 23 again :)

ha ha ha, love it! Im with ya, if the training friends got fun happening I go too....having a coach changed that about me real fast...ha ha...

Happy all your training is going so great! Oh, the camera, I stick it in the bottoms (at the back) of my suit...ha ha, it doesnt slide...ha ha...

Dude, curlings crazy!! So intense. I totally got hooked, but I still don't have a clue about the rules. I love how serious the athletes are during.

I'm actually not having issues with wine....I guess I really needed the break from it :)

hahahh welcome to real training!!!! sux doesn't it? it's all about making your workouts fit your friends workouts :) especially 3 hr plus trainer/bricks~ oh guess u don't have to worry about that!

I, too, found that training for my IM was mostly a solo thing. Sux, but it's worth it at the end.

I love curling, I ain't skerd!

The structure is an adjustment for sure but still try to keep it fun. If it says ride Saturday and run Sunday and ALL of your friends are running Saturday, swap em (the workouts not the friends). You'll want to keep the friends:)